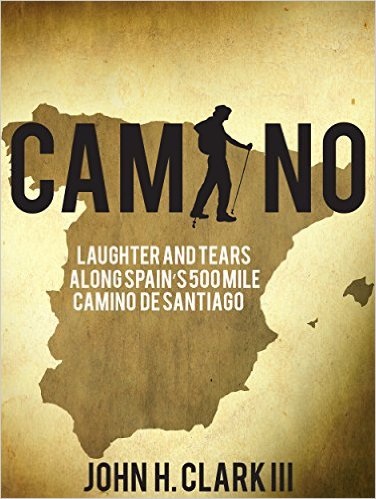 A dream fulfilled
Traveling overseas and backpacking around Europe seemed like an out-of-reach dream for John Clark, until he learned of the Camino de Santiago in Spain, a 500-mile pilgrimage across the country that dates back more than 1,200 years. With encouragement from family and friends, never having traveled outside the United States, the self-proclaimed homebody from Texas hopped on a plane at age 53 alone and headed for the Iberian Peninsula. It wasn’t just the beginning of a month-long journey, but also, as he would discover, the beginning of a new life.

Facing fear, regret and reality
When he arrived in Pamplona, home of the famous San Fermin Running of the Bulls Festival, Clark immediately began to regret his decision. To put it bluntly, he was scared to death. Possessed by an obsessive mind, he could not shake the idea that he was all alone in a foreign country, some 5,000 miles and an ocean’s distance away from home, about to go on a very long walk with nothing but a backpack full of basic supplies. His first impulse was to simply pack up and go back home, but somehow, though full of anxiety, he survived that first sleepless night in a hotel room near the Plaza del Castillo, and began his trek the following day.

What did he discover?
What happened to John Clark on his 500-mile pilgrimage? Did he make it? Find out when you crack open this colorful, insightful, and revelatory memoir full of tears and triumph. Be inspired as you experience this harrowing and heartwarming coming-of-age story that proves it’s never too late in life for a new adventure.

Get your copy now;

A Predator and A Psychopath: A Dark and Twisted Psychological Thriller by Jay Kerk