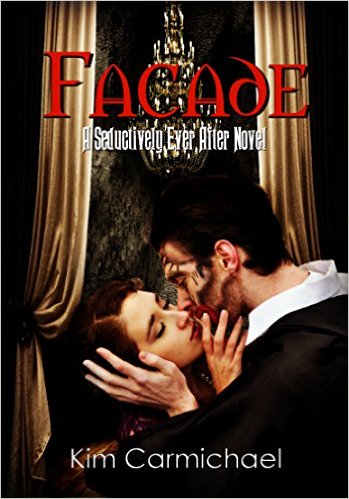 The world is nothing but one big façade. You have to be special to see the behind the mask.
Erik Renevant once lived in the spotlight. As lead singer for the wildly successful group, Specter the world revered him. When an accident destroyed his band and his face, he chose to live his life in the darkness, hiding away from the shadows of his former self and refusing to be seen again.

Christine Day longs to have her chance in the spotlight. Living her life flitting from one thing to the other and currently without a permanent residence, she sees her big break in becoming the backup singer for an unknown band and entering the Stage of Stars, the latest hit reality competition.

When Christine wanders into Erik’s perfectly controlled world and he hears her voice, he knows she is destined for super stardom. However, he never dreamed she would be the one to help him shatter his own façade and lead him into the light.

Façade is inspired by the beloved story of the Phantom of the Opera and is a combination of all the different incarnations.

Tags: Facade: A Modern Romance Inspired by The Phantom of The Opera, Fantasy, Kim Carmichael, Romance