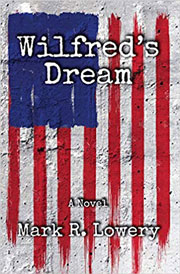 Decades after migrating north to Cleveland, Ohio, from rural Louisiana, Tobias Winslow has made an uneasy peace with the past, including his own mistakes that led to a prison stint, and has found a way to thrive in the inner city. News of a murdered son, and the daughter that son left behind, forces Tobias to reassess his past and restructure his plans for the future.

Christian Taylor and Joey Breaux, meanwhile, are students at a Cleveland-area historically black university who have vastly different worldviews, but are drawn together by an appreciation of family and, ultimately, a senseless, violent act. All three—Tobias, Christian, and Joey—are unknowingly tied together by a racially motived killing in Louisiana decades earlier.

Rituals of Season by Giovanna Ess