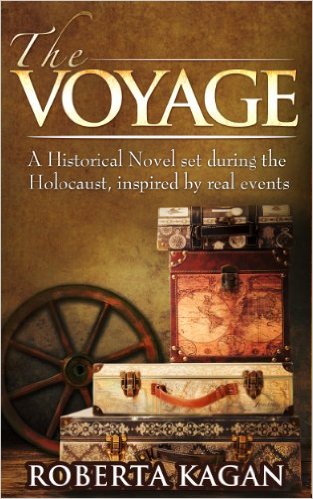 BOOK OF THE DAY
On May 13th 1939, five strangers boarded the MS St. Louis, a German ship leaving Hamburg on its way to Cuba. Four of the five were Jewish.  There was much joy and excitement on the dock because the passengers who boarded that ship believed that they were the lucky ones. Hitler himself had promised them safety in Cuba far away from Nazi Germany and the murderous Third Reich. But, unbeknownst to the poor souls who began their journey to Cuba that day, they were about to embark upon a voyage of danger. The path of the MS St. Louis would take them on a dark and terrifying roller coaster ride. They would discover that all of their dreams had been built on Nazi treachery, secrets, and lies. As their lives hung in the balance each one of those five strangers would be put to the test. However, the voyage that began on that bright spring afternoon was only the beginning of the story. As the ship navigated her way through the ocean, events would occur, secrets would be withheld, and friendships would be forged that would bind these five people together for rest of their lives.

ANOTHER SLAM DUNK!!!: When man said NO, God said Yes!! by Tammie Lewis-Mask

Lost and Found, Stories of Christmas by Wendell Mettey