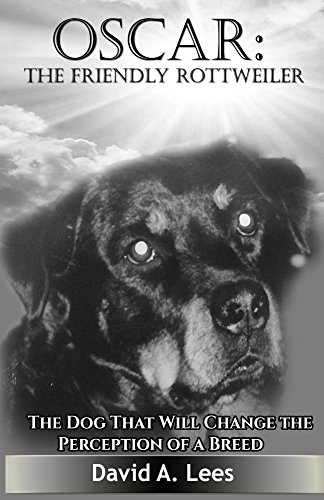 Oscar: The Friendly Rottweiler, is a narrative recounting the life’s journey between David and his dog, Oscar, AKA, the “Big O” and the “Gentle Giant”. During his very special life, which lasted nearly fourteen years, and is a near record for Rottweilers, Oscar weaved himself into the fabric of David’s life, breaking all the barriers and stigmas attached to his breed. From just a mischievous pup he first met at the breeders, to becoming the best friend he ever had, his journey with Oscar was a soul searching, truth finding mission, that he never knew he was on, until the very end, when it hit him all at once.Yet, this is not just the true story of a journey in life between David and Oscar, it is also a record of the life of a dog that will, quite literally, change the perception of a breed. It is a portrayal of how one dog broke the vicious stigmas attached to him, just because of his breed. Those who knew him, even for a brief time, would tell you that he was not your typical Rottweiler, as they understood a Rottweiler to be. Instead, they would tell you that he was a big teddy bear, who wore a perpetual smile. His life gave meaning to the term, “Gentle Soul”, as evidenced by the many anecdotes provided. And each anecdote is a sub-story of the misadventures of a kind soul that was Oscar.

Revolution on Mars (One Hour Book Book 1) by Codrin I. Puscasu

Kissing Her by Alexa Riley