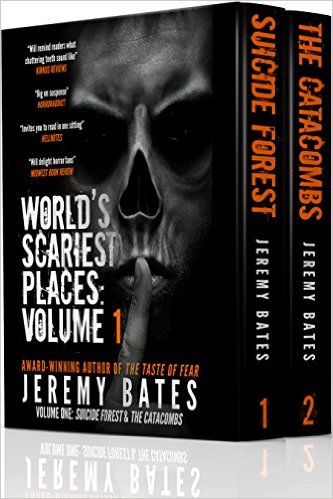 Just outside of Tokyo lies Aokigahara, a vast forest and one of the most beautiful wilderness areas in Japan…and also the most infamous spot to commit suicide in the world. Legend has it that the spirits of those many suicides are still roaming, haunting deep in the ancient woods.

When bad weather prevents a group of friends from climbing neighboring Mt. Fuji, they decide to spend the night camping in Aokigahara. But they get more than they bargained for when one of them is found hanged in the morning—and they realize there might be some truth to the legends after all.

Paris, France, is known as the City of Lights, a metropolis renowned for romance and beauty. Beneath the bustling streets and cafés, however, exists The Catacombs, a labyrinth of crumbling tunnels home to six million dead.

When a video camera containing mysterious footage is discovered deep within their depths, a group of friends venture into the tunnels to investigate. But what starts out as a lighthearted adventure takes a turn for the worse when they reach their destination—and stumble upon the evil lurking there.