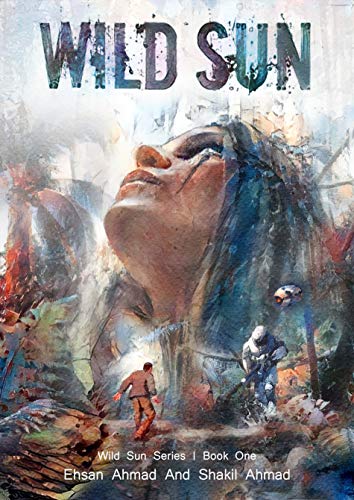 “‘Wild Sun’ is a thrilling, science fiction adventure that manages to blend a vintage, golden age feel with an enjoyably modern take on tyranny.” – Oliver Clarke, ScifiandScary.comOn a world enslaved, the last embers of hope are fading into an unrelenting darkness. Conquered and broken, the natives are forced to ravage their own lush planet of its natural resources—all for the glory of a mysterious empire they’ve never seen and barely comprehend.But not all light is lost. In the heart of one young woman alone, the gods have set a flame that cannot be extinguished. Cerrin remains as fierce and unyielding as the planet itself. And her chance to strike is fast approaching.Above the skies of her home world, soldiers of the empire are welcoming their new civilian commander—a vicious nobleman blinded by hidden ambitions. When the new face of darkness turns its eyes on Cerrin, the fate of countless worlds will change forever.“I didn’t want to put this book down… This story is what Avatar should have been.” – C. Gold, TheGoldenElm.org“A thrilling roller coaster ride from start to finish.” – Henry S., NetGalley.comThe brothers Ehsan and Shakil Ahmad are the first authors to sign with Uproar Books, a new science fiction and fantasy publishing company. WILD SUN will be followed by two additional novels in the Wild Sun series.

The Wife Before Me: A twisty, gripping psychological thriller by Laura Elliot