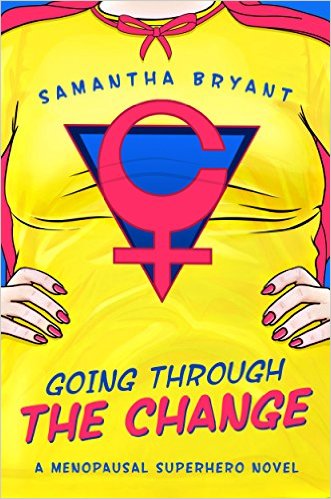 The Change: An Action Adventure Romance
Five hundred years in the future, nine out of every ten births are female. Males have been declared ‘protected’ (enslaved) to stop the human race from going extinct, and the only way to get a mate, to have a chance at a family, is to enter the Games. In this post-apocalyptic future, the Network Council makes the rules and these tyrants never play fair. The competition is fierce and even the winner leaves damaged.

The Games
“After the apocalypse, there were no jails, no police. We had to do something with the criminals. Letting those killers fight it out for our entertainment achieved two goals at once. The apocalypse was depressing. Fresh blood brightened our day.” -The Network Council, 93AW.
Centuries later, the simple battles have evolved into a biological dystopian nightmare where the contestants are all female and the prizes are enslaved males who have been programed to be perfect, submissive mates. Families are strongly encouraged to sell any sons to the Network in exchange for food and fame. Those who resist are labeled rebels and tracked down by bounty hunters with no mercy.

Candice and Daniel
Daniel is a slave. His family treats him as such.
Candice is a bounty hunter, an employee of the post-apocalyptic government that rules their lives.
Their relationship is forbidden, but not even a biological conspiracy can stop the forbidden romance from growing into an adventure that will lead a nation into their rebel cause. Torn apart when Daniel is sold, Candice Pruett will keep her promise to bring him home or die trying. Finally of age to enter, she is about to challenge the rulers who force them all to exist in torment. If she wins, she just might create a rebellion that leads to a future where the tyrants no longer exist.

Summary in 20 words or less:
The Change is a dystopian action adventure romance where a nation tries to overthrow the tyrants who rule them.

What can you expect to find in this action adventure romance?

You’re about to go on a post-apocalyptic adventure into a future where women are in charge and men are going extinct. It’s a world where the people have changed…