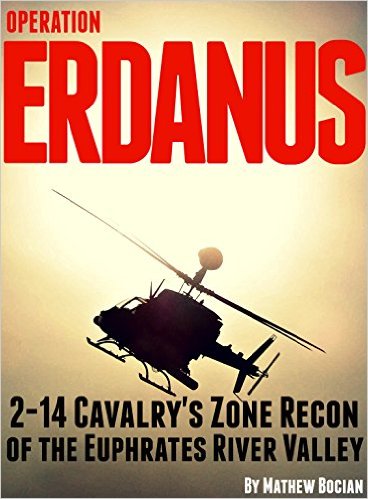 Just after midnight on the 26th of May 2005, four Stryker’s and twenty-one men set out to conduct a 125-mile reconnaissance into a swath of the Euphrates River Valley untouched by coalition forces. Unbeknownst to them, a chance encounter would upset the balance of power in the entire region. Within seventy-two hours a violent skirmish would erupt, the Governor of the Al-Anbar province would perish, and the fate of an entire city would be decided.
Detailed from eyewitness accounts, field notes, photographs, and award narratives, this eBook is the only written account of Operation Erdanus and 2nd Squadron,14th Cavalry Regiment’s trek through nearly 7,000 square miles of open desert that was unseemingly rife with beast and man alike.

This is the untold story of how one platoon from Charger Troop changed the tide of the war for coalition forces in Northern Iraq. [Illustrated; pre-orders please check your kindle for the most recent book update].

Working With a Demon (A Tale of Andor)