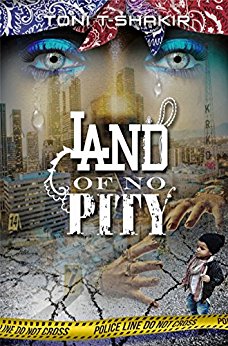 Elijah “Li’l Nine” Hassahn born into the gritty environs of South Central Los Angeles in the late 1970s, is ripe to be molded by the first generation of the Crip movement. As a product of the first family of the Rollin 90s Neighborhood Crips, Elijah is forced to adapt to circumstances beyond his control. Shaped by poverty and pain, Elijah takes lessons of survival from his street-savvy uncles, Big 9-Lives and Cannon, and navigates the school of hard knocks to the upper echelon of the Los Angeles underworld, where murder is currency and trauma a constant companion.Elise Cortez, beautiful, fearless, and deadly, is making her own mark in the L.A. underworld. In her ongoing mission to take back everything she feels was taken from her and quench her burning rage, her world collides with Elijah’s to form an unholy alliance created by fate and vengeance.The City of Lost Angels wraps all in its wicked embrace. Will Elijah succumb to his fate in the streets, or will his choices crush the innocence he once knew and threaten his humanity?