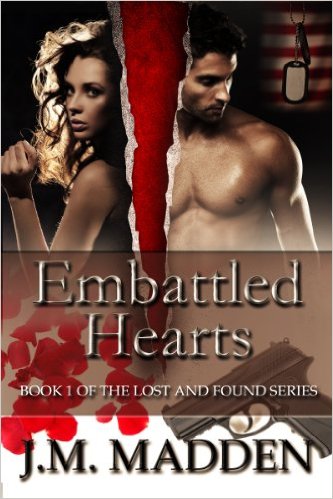 John Palmer hasn’t felt like a real man since he was injured during combat in Iraq. Though not content with his new life, he is mostly adapting, just like the other vets at the Lost ‘N’ Found Investigative Service. When Shannon Murphy is hired on as the new office manager, life suddenly gets a lot more interesting. Before long, John finds himself wondering if he could ever be the kind of man Shannon needs.
Shannon Murphy wasn’t really looking for love when she hired on at LNF, but finds herself hopelessly attracted to the sex-on-wheels former Marine, John Palmer. The man is grumpy and nearly impossible to work with, but his brand of masculinity appeals to her on a basic level. Soon Shannon is wondering just what it would take for John to want her the way she wants him.
When an old enemy tries to settle a vendetta against Shannon, John insists on protecting her. He moves into her house, fanning the spark of attraction into a blaze. But the danger continues to escalate. Will the connection that they’ve found survive when they’re thrust into a fight for their lives?

The Message for the Last Days: Biblical and Historical Understanding of End Times by K.J. Soze