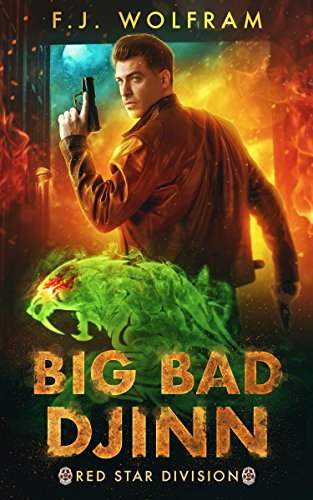 Put a shapeshifting demon hunter in charge of policing paranormals. That’s a great idea. When Dexx Colt followed Paige Whiskey to Oregon and then helped her set up the Red Star Division, he had no idea she’d abandon him—to other responsibilities, mind you—and leave him in charge. He’s a demon hunter. He breaks rules. He doesn’t enforce them.But when bodies start appearing and all the evidence points to his team members, he has a decision to make.Step up and protect the team he never asked for, or cut and run.He’s been called many things. A coward was never one of them…or late for dinner. Armed with his 1970 Dodge Challenger, Jackie, and Hattie, his spirit animal, he will take the fight to the djinn’s front door. One way or another, this killer is going down. After all, killing demons is what Dexx does best.

Divine Comfort: A Collection of Three Books by Scott Curran

Twenty-Eight and a Half Wishes (Rose Gardner Mystery, Book 1) by Denise Grover Swank