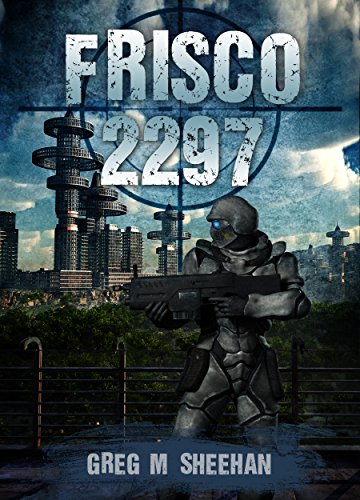 The year is 2297, and life in the Autonomous City of San Francisco is harsh and forbidding…for most people. For the elite so-called hereditary class, it’s much easier, and they rule with such ancient Roman zeal.

Those unfortunate souls outside this group are locked in a desperate struggle for survival, subsisting on whatever limited resources they can lay their hands on. Monitored by the frighteningly all-knowing and capricious “handle device,” each citizen’s life is controlled by their ranking; a single number that determines what they’re worth, and what Personal Consumption Resources they’re allowed to have.

Jake Forest is an obedience officer, and a non-hereditary member of society, with the impossible desire to join the upper class. However, Jake is thrust into more than he bargained for when the power-hungry Commander Titus Bullus makes his move to take complete control of the city using something known as the Peacemaker.

This weapon is the starting signal for carnage on a truly Roman scale, and Jake realizes it’s up to him to do something about it. The fight to save San Francisco is just beginning.

Written with flair and wit, and crammed with non-stop action, Frisco 2297 is unique and ground-breaking in its presentation. And brimming with brutality, satire and comedy, this is a book which is unlike any other futuristic book seen before.

My Sister, Her Cancer, and The Cross by Susan Moffett