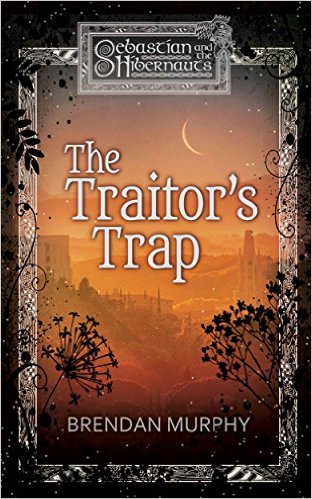 BARGAIN BOOK OF THE DAY

It’s tough being a thirteen-year old schoolboy, especially when you’re an accident-prone coward and the big brother who stuck up for you is dead. Oh, and you’ve been thrust into a magical realm you’re expected to save single-handedly. Sebastian Duffy has an awful lot of skills to learn in a hurry if he is to defeat Phobitor by stealing the spear of Lugh from the peace-loving Tuath.

Sebastian woke with terror in his heart. His dream was a prophecy and he read it in a second. They intended to kill him, imminently.

He’s been given some help of course–a mercurial sorceress, an orphaned druidess, a taciturn warrior, a snuff-sniffing leprechaun and a lovelorn poet– an outfit known as the Hibernauts, but can he really overcome a psychopathic warmongering god when half the realm is bent on his destruction?

There was a searing flash and Sebastian found himself sailing through the air. As he span upward, multiple colors appeared, resolving into broad bands. He watched the rainbow arc up into the air, up, up, up, higher and higher, disappearing into the thick black clouds.

If he is to have the remotest chance he will have to outsmart hordes of aiia, cluricaun, brigands, woodwose, undead warriors, speckled bats, spies, hunkypunks, traitors, skeletons, gobbleratches and battle-swine first. And are those Tuath really so peaceable? If only he could find his courage.

The Traitor’s Trap is the second installment in the Sebastian and the Hibernauts series, the fast-paced, endlessly twisting adventure saga set in Hibercadia, a Celtic dreamworld brimful of quizzing glasses and magic shillelaghs, mechanical fireworks and night rainbows, fantastical creatures and outrageous skullduggery, tragedy and joy.