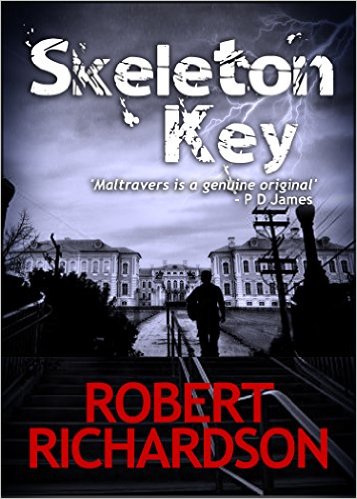 The playwright and novelist Augustus Maltravers and his actress girlfriend Tess Davy have planned a relaxing week staying with friends in Bellringer Street, an historic thoroughfare near the grounds of Edenbridge House, stately home of the Earl of Pembury.
The only foreseeable disruption looks to be the imminent arrival of their hosts’ baby – which is quite disruptive enough as far as Maltravers is concerned.

But greater dramas start to unfold when a skeleton is stolen from the cellars of the House.

At first it seems no more than a bizarre joke but, suddenly, Maltravers and Tess find themselves caught up in a terrifying cycle of vengeance and murder.

The heir to the estate, Simon, Lord Dunford, is found murdered.

Though he was a likable sort, he was thoroughly hated by his next-in-succession: his caddish cousin Oliver Hawkhurst and the estate’s coldly efficient secretary, Mister York.

With everyone around them under suspicion, Maltravers and Tess find it increasingly difficult to get to the bottom of the mystery.

Who had the strongest motive for murder?

And will they strike again?

Through the Wildwood (The Legend of Vanx Malic Book 1) by M. R. Mathias