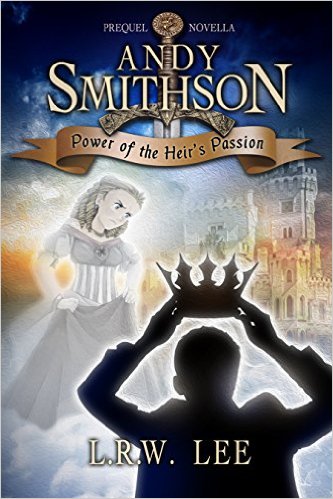 Before the adventure, before perilous quests…the short tale of three royal ghosts.

In a land far away, there lived a prince who loved power. Carried away by his lust, he surrendered to its devices and usurped the throne from his older sister in an act of treachery.

Imogenia unexpectedly finds herself in the Afterlife, having to navigate between Peace Paradise, the Unclaimed Baggage department, the Unfinished Business office, and other governmental agencies. Against a backdrop of soul music, she encounters all manner of new experiences from black, frothing, arsenic-spiced drinks to guest services personnel and plays host to the king and queen when they join her. While the medieval spirits are friendly and the experiences memorable, Imogenia has never forgotten the cause of her early arrival in the afterlife, and plots revenge. Her parents initially support a beta test she proposes to the Committee on Afterlife Affairs to punish her brother, the former prince now king, but grow weary of the conflict over five-hundred-years and petition to withdraw their support. What will Imogenia do? How will she realize the justice denied her? How will her actions impact others?

The Silver Horn Echoes: A Song of Roland by Michael Eging and Steve Arnold

You’ll Be Home For Christmas: A Short Story (The Committed Series Book 2) by Michael Griffith