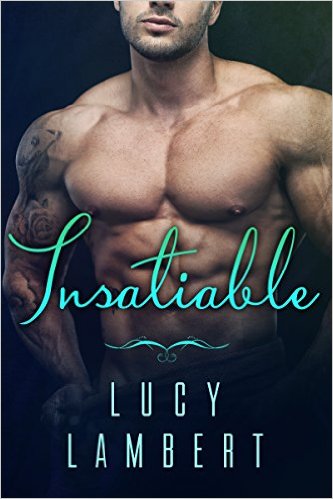 Vigilante crime mystery with a dash of romance, reader’s call INSATIABLE “thrilling”.
New to Sydney Rye? Read the first book in the series, UNLEASHED, for FREE. Sign up for Emily Kimelman’s Readers’ Group at www.emilykimelman.com to get your copy.

Private detective Sydney Rye is living a simple, disciplined life in London. But when a dangerous man from her past calls, Rye finds she cannot turn him away. Robert Maxim explains that the daughter of a powerful friend has gone missing and he wants Rye to find her. In exchange he offers her something she had given up hope of ever having; freedom from her past.

With her dog, Blue, at her side, Rye meets up with her new partner, a handsome man she’s not sure she can trust. Heading for Mexico City, they go undercover, posing as husband and wife. After meeting with the bereaved parents, Rye starts to sense that there is more going on than just a missing girl. But it isn’t until they arrive in the Yucatan Peninsula, hot on the girl’s trail in Paradise, that all hell breaks loose. Sydney has to reach out for help from old friends and deal with the consequences of her past, if she’s going to find the girl and keep them all alive.

Emily Kimelman’s best selling Sydney Rye series feature a strong female protagonist and her canine best friend, Blue. It is recommended for the 18+ who enjoy some violence, don’t mind dirty language, and are up for a dash of sex. Not to mention an awesome mystery with tons of action that will keep you reading late into the night!

Understanding Antidepressants by Wallace B. Mendelson