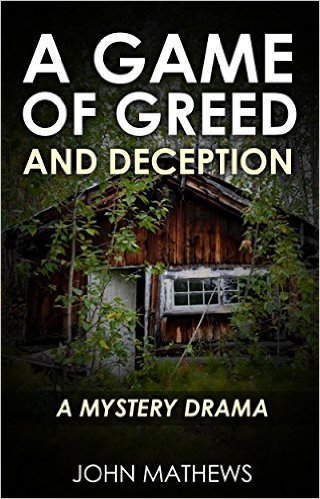 *** In the spirit of Gone Girl, this one will really keep you guessing ***

When the charming Tammy Worthington takes her wealthy husband and step-daughter on a holiday weekend in the Colorado mountains, she has purely sinister intentions. Her husband is killed in a tragic auto accident, just as she had planned…and now her pending fortune awaits her.

Or does it? With no body to be found in the wreckage, he just becomes a missing person, and Tammy is seemingly trapped inside the cabin with someone stalking her from outside. Could he possibly have known what she was up to and planned his revenge?

What ensues is the macabre mystery drama of a sick and psychotic woman driven by her soulless greed who quickly turns from the hunter to the prey. The scenes include deadly traps and medieval torture devices, hidden doors and rooms, and an underground labyrinth of torture chambers that are not for the feint of heart.

This is a revenge mystery so devious that it is set up to fool the State police investigation. Can you guess what is really happening in this riveting mystery drama? This deadly game of murder and deception will keep you guessing until the final scene delivers a real shock that you won’t soon forget.