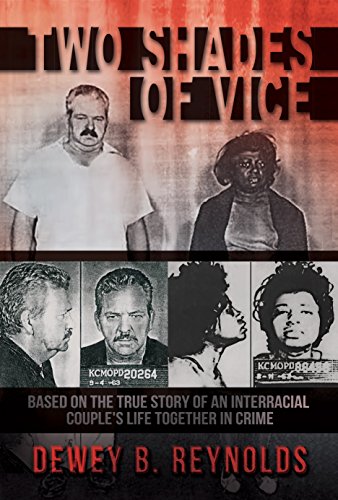 The action is hot in Kansas City during the 1960s. Gordon Reynolds happens to be a vicious criminal who has served prison time in five different states over a period of twenty-five years. Gordon is determined to muscle his way into major rackets such as prostitution, bootlegging whiskey, robbery, hijacking and contraband cigarettes. He eventually meets up with Alla Mae Briggs. She knows the prostitution racket very well, since she worked the Kansas City streets for several years. She too has a lengthy rap sheet of twenty-five criminal convictions for the solicitation of prostitution. Gordon needs someone to help him operate his main bawdy house.

Alla Mae is the perfect recruit to help him forge stronger relations between his hookers and their customers. The collaboration of their experiences on the streets proves highly profitable. But unforeseen danger causes things to come crashing down all around them. Racist cops, ruthless gangsters, a white supremacist group, jealous pimps and rival hookers are the opposing forces that this interracial couple are destined to face. Crossing the racial line puts them at incredible odds with the law and fellow criminals alike. Based on the true story of how a white man and a black woman fell in love and broke all the rules in order to make their living together illegally.

ANOTHER SLAM DUNK!!!: When man said NO, God said Yes!! by Tammie Lewis-Mask