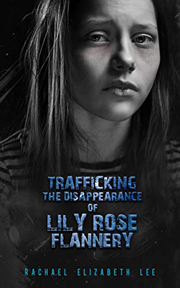 Lily Rose is a typical California teenage girl who was about to graduate high school. She had her whole life in front of her when she was abducted and sold into the sex slavery industry. She watched as her boyfriend was brutally murdered in front of her. Her innocence was stolen from her.

She was taken by a profit hungry criminal. Lily Rose experiences total devastation when she comes face to face with Carl Booker, she never knew the world could be so dark and cruel.  All Lily Rose was dollar signs for Carl Booker. Lily Rose was constantly brutalized, raped and humiliated. Lily faces total despair and loses her faith in humanity.

When Lily escapes from Carl she is no longer the same ambitious girl that she once was. She is self loathing, addicted to drugs and angry. Lily’s life was forever changed. This story goes into her family facing the possibility of Lily being gone forever and their anguish over Lily’s loss. This story goes into what her family is feeling and the turmoil it causes within the family. Lily’s family tries to save her when she returns home. This story is written in Lily’s perspective as well as the family’s perspective and what they are all going through and went through while she went missing.

The Booker family is based on a real life family who had many issues. Meghan is a real woman who was rescued in 2006 and adopted by a wonderful family. Human trafficking is all to real: sex slavery, forced labor, child labor, debt bondage, involuntary domestic servitude, commercial sexual exploration of children and child soldiers.

The Virgin of the Wind Rose: A Christopher Columbus Mystery-Thriller by Glen Craney

One Little Lie by Sam Carrington