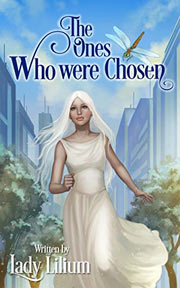 A light hearted fantasy set in the modern world. Follow the two brothers in the story where it all began, back when their lives were simpler, before the brothers entered the other worlds, before they turned on each other, and fought for the power they once tried to protect.

In a world where magic is a well kept secret, two brothers, two guardians able to wield magic, stumble across a creature more powerful than anything in the three known worlds. A girl, a philosophers stone. Frightened and lonely, they care for her, bringing her into their home, in so doing become tangled in a chain of events that spiral out of control as they try to protect her from the two groups that seek her.

One who claims to want to protect her, the other that wishes to harm her and take her powers for their own. But she is not the only one being hunted. There is another powerful like her, another philosophers stone, one older, stronger and wiser.

The fight to save them both drags in more than the two brothers, but their friends also; changing lives forever as they discover the
doorway to another world, a world where magic thrives, the world where magic was born.

Get your eBook copy now!

The Chronicles of Dragon: The Hero, The Sword and The Dragons (Book 1 of 10) by Craig Halloran