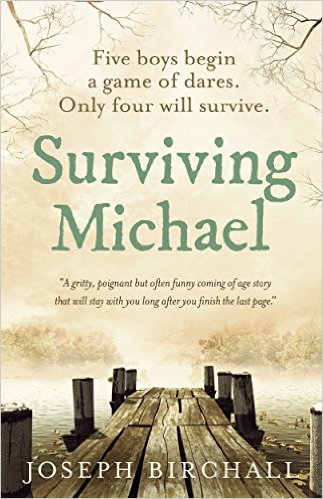 On a hot summer’s day, after their final school exams, five boys begin a game of dares in which one of them, Michael, will not survive. Fifteen years later, his four friends, Nick, Charlie, Danny and Liam, now in their thirties, have yet to truly come to terms with what happened that day.
Then on the anniversary of Michael’s death, they begin the game of dares again. Only this time the dares are bolder, and the consequences more severe. Over one weekend, their game spirals out of control, and forces them, for the first time, to deal with the guilt of surviving Michael.

Surviving Michael is a gritty, poignant, dark but often funny, coming of age story that will stay with you long after you finish the last page.

The Last Orphans by N.W. Harris

The House Next Door: A Ghost Story by Darcy Coates