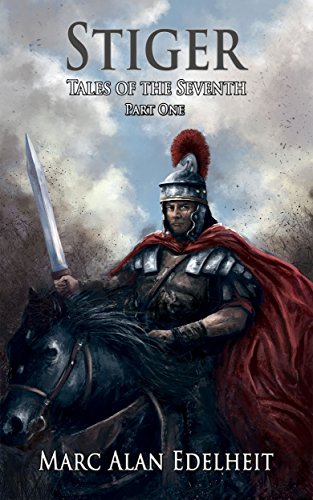 The long awaited prequel to the Award Winning Chronicles of an Imperial Legionary Officer series that started with the bestselling military fantasy book Stiger’s Tigers.A nobleman from an infamous family, Ben Stiger finds himself freshly assigned to Third Legion, Seventh Company as a lowly lieutenant in the opening stages of war between the Empire and the Kingdom of the Rivan. Third Legion has been tasked with pursuing a retreating Rivan army back to the border where the Empire can take the fight into enemy territory. However, a major obstacle stands in Third Legion’s path: the river Hana. The crossing is sure to be contested and dangerous. Should Third Legion fail to force a crossing, the entire campaign could grind to a disastrous halt.This is Stiger’s first military appointment. Inexperienced, young and unsure of himself, Stiger is ostracized by his fellow lieutenants. Worse, he’s been placed under the command of an incompetent officer. With life and reputation on the line, he must learn to understand men far beneath his station and lead them into battle. Stiger struggles not only against the enemy, but against his family’s history and his own side to prove himself worthy of serving the empire he loves and earning the respect of the men he leads.Set amidst the backdrop of an epic war, there are greater forces at work than the young Stiger can even begin to imagine, setting him on the dangerous and lonely path of destiny.