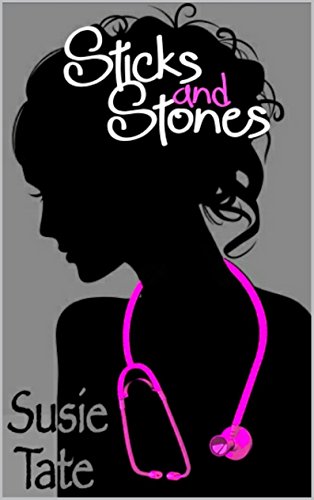 For Lou it was always Dylan.She loved him from the moment they first met across a cadaver in the dissection room at medical school. The most gorgeous man she’d ever laid eyes on, with more Welsh charm than you could shake a stick at; she was a goner.But Lou, despite her beauty, was just too extrovert to interest Dylan, who was convinced that a quiet, shy girl, like Lou’s best friend Frankie, was much more his style.‘Have at it mate but I’ve got two words for you: high maintenance.’‘Don’t think I’d mind putting in the hard yards maintaining that piece of arse,’ one of Dylan’s more disgusting rugby mates replied.‘Well good luck to you,’ Dylan returned, looking completely relaxed now that they were discussing Lou and not his precious Frankie. ‘I like mine heavy on the sweet and light on the ball-breaking bitch, but each to his own.’After overhearing that exchange, Lou buries her pain and pines for him in private, but she can’t give up their friendship. One night, eleven years later, she finally gets what she has been longing for, but the next morning realizes he was too drunk to even remember.For Dylan it was always anyone but Lou.A born surgeon, Dylan resents having to down his orthopaedic power tools for a six-month spell in Elderly Care. He thought that at least working with Lou would make his skiving easier; after all she’s always helped him out before. And so what if he’s been having these weird dreams about her since he woke up in her flat? It’s not like he’d ever actually go there.So when he mistakenly believes that she’s put his career in jeopardy he loses control and his vicious insults, publicly made, cut Lou to the bone. It’s only after he loses Lou’s warm smiles, dry wit, boundless energy and outrageous banter from his life that he realizes the extent of his stupidity.Maybe sticks and stones can break bones, and that’s something Dylan’s surgical skills can deal with. But when it’s a heart he’s broken…This book is a full-length, stand-alone contemporary romance of approximately 80,000 words with its own HEA and no cliffhanger.Praise for Sticks and Stones“Another amazing read by Susie Tate. The characters are very well developed and the story is very well written. This is another book I had to force myself to put down. I can’t wait for more books by Susie Tate.” Life, Books and More Book Blog.“Moving, sometimes funny, sometimes dark contemporary romance. The books took me on a trip like I’ve not seen.” Author Nathan Lowell for Peer Reviewed“This time it’s Lou and Dylan’s story and it’s a cracker.” “I really did laugh out loud.” “You get caught up the story from the beginning and I didn’t want the book to end. Really enjoyed this book and would recommend.” Words Turn Me On Book Blog.“A must read series that begs to be on everyone’s e-readers and shelves. Love, understanding, patience and passion – Perfection.” The Book Fairy Reviews.“This series has suspense, great banter, friendship, love and drama: what more could a reader want?” Scandalous Book Blog.

Bobby Ether and the Jade Academy by R. Scott Boyer

5 Steps to Self-fulfillment: Habits for a Balance Life by Joshua Penn CNHP