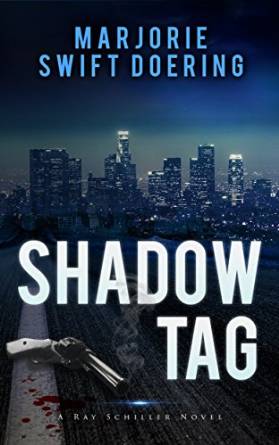 A body is seated at the head of a conference table in the ACC boardroom in Minneapolis. A pearl-handled revolver is still clutched in the executive’s left hand—an entry wound in his left temple. The Board of Directors insists the company’s new president committed suicide.
Paul Davis? Suicide?

Detective Ray Schiller isn’t buying it. After twenty years of waiting to take over his late father-in-law’s company, why would Davis kill himself within twenty-four hours of succeeding? Ray knew the man from a recent case. He didn’t like Davis then or now, but he plans to see justice done all the same.

The Board and Davis’s successor are quick to answer Ray and his partner Dick Waverly’s questions, but their actions suggest they’re hiding something. Unfortunately, they’re not the only ones keeping secrets—not by a long shot.

Ray’s case and personal life both fall victim to complications, and what originally seemed to be a relatively straightforward case takes a turn that puts Ray and Waverly’s lives in serious jeopardy.

Get your FREE copy here:

Lady Justice and the Conspiracy by Robert Thornhill