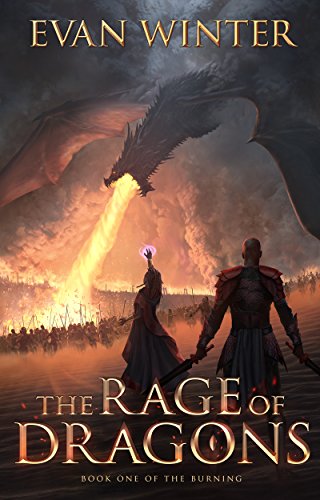 #1 BEST SELLER in its category TOP 20 in Epic Fantasy TOP 20 in Dark Fantasy TOP 20 in Sword and Sorcery GAME OF THRONES MEETS GLADIATOR…The Omehi are surrounded by enemies that want them dead. They will not be easy prey.One in twenty-five hundred Omehi women are Gifted, wielding fragments of their Goddess’ power and capable of controlling the world’s most destructive weapon – Dragons. One in a hundred of their men has blood strong enough for the Gifted to infuse with magic, turning these warriors into near unstoppable colossi.The rest are bred to fight, ferocious soldiers fated to die in the endless war. Tau Tafari, an Omehi commoner, wants more than this, but his life is destroyed when he’s betrayed by those he was born to serve.Now, with too few Gifted left and the Omehi facing genocide, Tau cares only for revenge. Following an unthinkable path, he will become the greatest swordsman to ever live, dying a hundred thousand times for the chance to kill three of his own people.