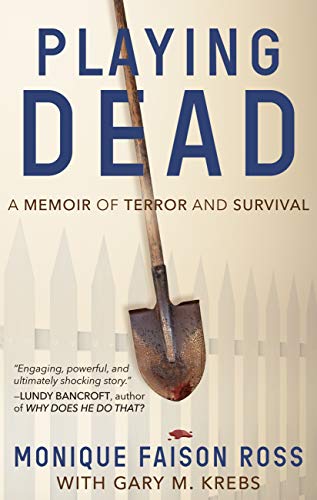 Monique, the daughter of San Diego Charger’s football great Earl Faison, married her high school sweetheart soon after she discovered she was pregnant with his child. Her relationship with Chris was shaky from the start, but turned tumultuous as he became verbally and physically abusive. When she could no longer put up with the abuse, she left him with their children. That was when the stalking and genuine threats began. Nothing stopped him—not protection injunctions, police warnings, or even arrests. One fateful Monday morning, Chris kidnapped Monique in front of her children and drove off on a nightmarish car ride that involved car crashes and rape. He mercilessly beat her on the head with a shovel and abandoned her brutalized body in the woods in the rain. He left, presuming she was dead…but was she?“Monique Faison Ross shares with us her engaging, powerful, and ultimately shocking story of brutal intimate violence. Her survival, her strength, and her wisdom are an inspiration and a lesson to us all. This is a not-to-be-missed opportunity to hear what the targets of domestic violence are trying to tell us, told in a way that will keep you turning the pages.”– Lundy Bancroft, author of Why Does He Do That? and The Joyous Recovery“Playing Dead is a compelling book—a true page-turner. Smart, strong, and protective of her children, Monique was barraged with snide comments and criticism, yet had no idea that this was verbal abuse and never suspected its extreme escalation. Every chapter compels the reader forward to what’s next.”—Patricia Evans, author of The Verbally Abusive Relationship, Controlling People, and more.