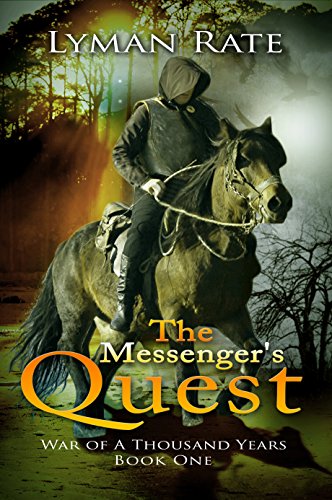 The War of a Thousand Years began when Mahyenah of Gorosforth wants the Beacon of Ma’Chun, which will allow him to control all the lands and sends his dark armies to march on Pondura to take it. This requires Pondura to call upon its Council, the Order of Light for protection. As the armies of Mahyenah get closer, other lands request protection from his hand, and the Order of Light sends out its armies to battle.Sarzumuth, the messenger for the Order of Light, goes out for what he thought would be a typical ride to the front lines. However, everything changes when he runs into his father in the forest, and finds out that he is supposed to take him back to his homeland to face his fate. Knowing that if he goes with him, he will surely die, Sarzumuth chooses to flee.In his attempt, he breaks a rule of the forest which causes him to become deathly ill. His father is able to find him and instead of taking him back to his homeland, decides to take over the messenger deities. In acting as the Messenger, he realizes that there are bigger things at risk than taking Sarzumuth back to face his fate in their homeland, so he agrees to go with him to Pondura. Upon arrival to the walled city of Haventh, they find that the High Wizard is dying. This brings great anticipation, as the death of the High Wizard will reveal the name of his successor to the winds.