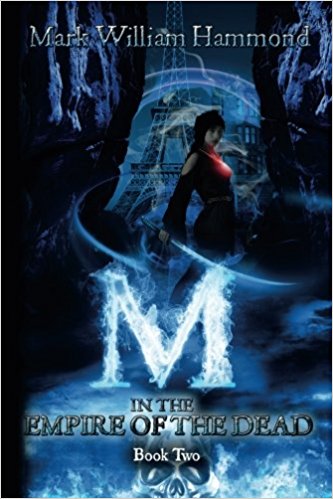 M stopped the demon army in New York and returned with the keys to Hell and a new pet, a bull-sized hellhound named Blue. The Light Bringer’s victory also earned her a powerful demonic enemy, the Bone Goddess, Queen of Hell. When university students begin to vanish in Paris and famous catacombs are teaming with ancient demons, M and company head to the City of Light.

Until the dreams began, she was just Emma Ricci, the adopted Korean child of American parents and recent graduate of the Fashion Institute of Technology. She didn’t even know demons existed until she met Li Bai and Zhan Ziquian, who told her she’s destined to be a demon killer and hell gate closer. Now she’s M, a member of an ancient order of warriors—and her missions are more dangerous by the day.

M travels to China to return a hellgate key to its repository in the Yellow Mountains. She learns the secret origins of her warrior line and searches for her long lost twin sister.

Meanwhile, in Paris, an ambitious university professor summons a ghost-like succubus to the Sorbonne campus. M arrives with Zhan, Li Bai, and her loyal hellhound, Blue, to drive the succubus back to where she belongs and rid the Paris catacombs of its demon infestation. The struggle takes M and Blue straight to hell, revealing unexpected allies and horrible new enemies. If they’re lucky, M’s powers will bring them back. As M learns in China, however, even hellgate closers can’t always stem the demon tides. Most die trying, and this fight might spell the end of M.

The Duke and The Baron: Absolute Surrender (Lords of Time Book 0) by Jenn LeBlanc

Galactic Mandate: A Radical Cause by M.R. Richardson