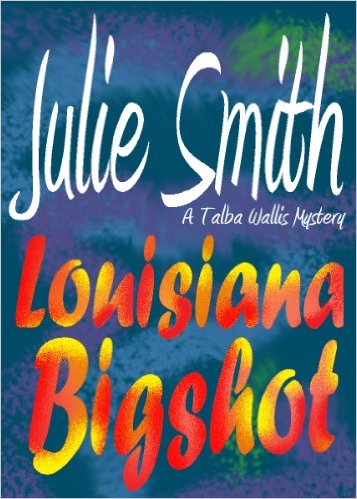 Meet the hottest detective duo in New Orleans–she’s Queen Latifah. He’s Danny DeVito. Or they would be if this were a movie–in print, they’re Talba Wallis and Eddie Valentino. Talba’s got the beauty, the brains, the computer savvy, the poetic soul,the youth, the right demographic, and the sass. Eddie’s got the detective agency. Also a short fuse and yes, wisdom. Not only do they make it work, they’ve got chemistry.
And they need every skill and ounce of courage they can summon in this intricate tale of a decades-old conspiracy only now coming home to roost, with the murder of Talba’s friend Babalu Maya. Babalu is actually Clayton Robineau, daughter of the local banker in a small Louisiana town that bears her name, a town buried under the weight of its own malevolent past.

Something terrible happened to Clayton as a child, but it was far from the usual “something terrible”. As Talba and Eddie investigate, they find it was an injury—both pscyhic and physical–so bizarre, so shameful and damning that almost anyone in town would kill to cover it up. Or so it seems to the New Orleans duo as they dodge bullets and what passes for the law in this malignant enclave, fetid with the rot of its corruption, yet determined to keep its sordid skeletons buried.

Never did Faulkner’s words ring so true as in Clayton, Louisiana: “The past is never dead. It’s not even past.”

The Secret Journals of Adolf Hitler: Volume I – The Anointed by A. G. Mogan

No Way Back by Rick Mofina