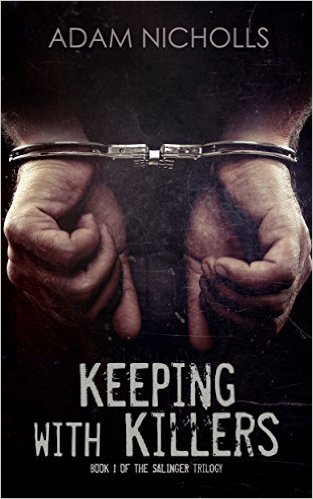 “All families have secrets, but none have lies like this.”
Blake Salinger leads a normal life in London as a salesman.
Every day is planned, organised… safe.

But that all changes when the police arrive at his workplace.
His wrists are shackled as he is arrested, accused of
murdering his estranged father.

That’s when he is daringly freed by the silver-haired man, a shady ally
with the goal of setting things straight… and an
unquenchable thirst for violence.

Blake comes to learn that he is merely a puppet in a mysterious organisation’s plan.
With the police hot on his trail, Blake – along with his new companion –
must strive to uncover the secrets of his father’s murder, before it’s too late.

Before The Agency catches up to them.

The Mystery of Julia Episcopa: A Novel of Ancient and Modern Rome by John I. Rigoli & Diane Cummings