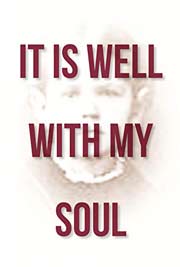 In 1871 wealthy Chicago businessman Horatio Spafford had it all. A loving wife, four daughters, friend of evangelist Dwight L. Moody and an extensive property empire. Then it all came crashing down. The great fire of Chicago destroyed most of his wealth and then just two years
later the unthinkable happened. (Read the book to find out). Losing children and wealth would have been enough to destroy most men, but it inspired Horatio to write the timeless classic It Is Well With My Soul.

He wrote, “When peace, like a river, attendeth my way, When sorrows like sea billows roll; Whatever my lot, Thou hast taught me to say, It is well, it is well with my soul.”

The music, written by Philip Bliss, was named after the passenger steamship Ville du Havre which sank in 1873 after a collision with a sea vessel, the Loch Earn.

NEW in this retelling – the apparent similarities between Horatio Spafford’s life experiences and the biblical Job (see The Book of Job). Plus, a new character, a mysterious stranger who always seems to be on hand for Horatio at critical times in his life experience…

Get your Kindle copy now!

Galactic Mandate: A Radical Cause by M.R. Richardson

The League (The Post-Humans Book 1) by Thurston Bassett