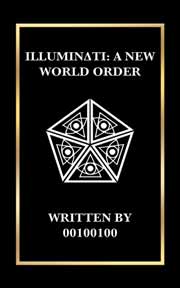 How did a country broken by one of the bloodiest civil wars in history find itself running the world only eighty years later?

Follow the trials of Richard D. Brown as he struggles to keep Lincoln’s assembled group together while America pushes forward into a glorious, new Gilded Age.

With the Civil War on the brink of culminating, Abraham Lincoln dispatches his right hand man to meet with a group of businessmen who assisted The Union during the fighting. Lincoln realises that rebuilding the country will be the greatest challenge of his life and knows his aim will only be possible with the assistance of the titans of four industries: shipping, the railroads, construction, and finance.

The beginning of the Gilded Age has truly begun and the businessmen take every opportunity to exploit their connections. Despite the facade of unity, they split off into their own factions, each seeking to ruin the other and benefit only himself.

Who will come out on top and win the ultimate prize? Whose family line will domiate America for eternity?

Illuminati: A New World Order takes the reader from 1865 up to the Panic of ’73 via a presidential impeachment, the opening of the Central Depot, the sinking of the Golden Spike, and the founding of the Metropolitan Museum of Art. Watch as America transforms from a country bursting with potential and broken by war to a land fully connected by bridges and railroads spanning from east to west and with the foundations of the Brooklyn Bridge being sunk into Manhattan’s East River.

Amid the Shadows by Michael C. Grumley

The Perfect Horse: The Daring U.S. Mission to Rescue the Priceless Stallions Kidnapped by the Nazis by Elizabeth Letts