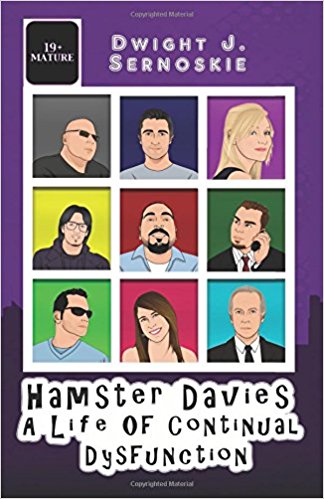 Look out Homer! We’ve often seen other disparaging families in the animation world on television, although not like, The Davies Family

Out for a normal night at a New York City theater with his adopted family at birth, Hamster Davies, who is in his late thirties, while his life is inexplicably turned upside down, as one mishap leads to another in a madcap adventure of epic proportions, as a ticket mix up introduces him to the woman that would change his life for the good.

Once, in the lively theater, Hamster, who is sitting high above the crowd, promptly makes direct eye contact, with Julie, sitting beneath hyperventilating because of the appalling fabric on the chairs and walls, and not including the curious people around her.

During the intermission, the two families at last meet; nonetheless, when Danny Calpown finds out that he lost his box seats to the Davies, considering this family doesn’t frequently go out together as well, he enthusiastically spites on Christmas’s shoe.

Soon, Hamster and his new friend Julie are later targeted by a local business group better known to one of the families, plus, are forced to rely on active wrestling skills to find their way out of the most unbelievable predicament.

Find out what happens when a seemingly ordinary man meets the most extraordinary characters of all, in the pursuit of rising above mediocrity.

Hamster Davies – A Life of Continual Dysfunction is a revived development now on sale, plus, get a 50% limited time discount coupon for the e-book, or a Hardcover edition only at Waterloo Regional Pictures Entertainment, (www.wrp-ent.com) look for web link, Our Bookshelf, and furthermore, read everyone’s vigorous character biographies, as well as much more!

The Illegal Gardener by Sara Alexi

The Lance (The Project Book 2) by Alex Lukeman