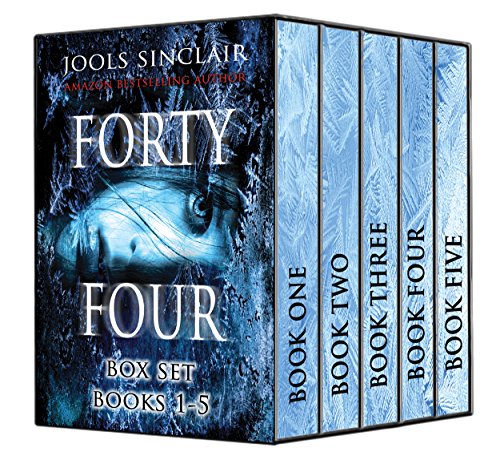 “Forty-Four is a breathtaking and heartbreaking paranormal mystery series that keeps readers on the edge of their seats every step of the way. The ending will haunt you forever.”Abby Craig drowned in a frozen mountain lake last year. But after being dead for 44 minutes, she came back to life.However, it’s not the life she used to know. She is now haunted by lost memories, haunted by the fact she can longer see colors, haunted by why the love of her life refuses to forgive her the one mistake she made long ago.Mostly, though, she is haunted by the dead. Because Abby Craig can now see ghosts. And they can see her.This box set contains the first five books in the epic 13-part Forty-Four series, which chronicles Abby’s journey through the dark forest of her new life. Along the way she is plagued by troubled spirits, wrestles with matters of love and death, battles pure evil, and eventually faces the truth of what really happened at the bottom of that lake.With more than 2500 five-star reviews on Amazon and Goodreads collectively, the books in this collection have been downloaded by over half a million readers.

The Message for the Last Days: Biblical and Historical Understanding of End Times by K.J. Soze