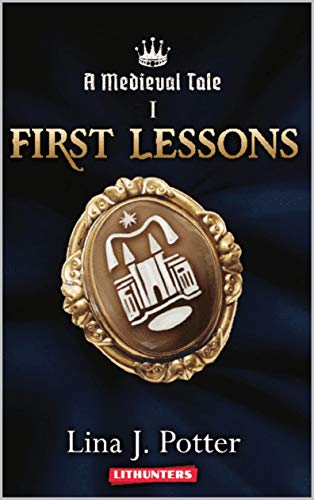 Enjoy the complete historical romance and time travel series by a bestselling Amazon author right now!Aliya is a medical school graduate gifted with both smarts and an athletic body. Her life seems perfect…until she finds herself in a fatal car accident. Instead of dying, however, she wakes up in a completely different body in the middle of a half-ruined castle during alternate medieval times. Confused and dismayed, Aliya realizes she was given a second chance in life — so she rolls up her sleeves and gets to work on restoring the castle and her new life.Aliya’s situation is confusing and challenging. Reborn as Countess Lilian Earton, she has to adjust to an unfamiliar world while trying to introduce everyday conveniences from the world she knows. Her first goal is taking care of the collapsing estate of Earton and its inhabitants — and learning to navigate a society unused to a woman in charge. Constant attacks of robbers and slave traders never seem to stop plaguing Aliya, and killers and spies sent by the narcissistic aristocracy are just waiting for her to show a bit of weakness so that they can strike, even if as she finds an alternative solution to her troubles, developing alliances with the Highlanders and Vikings called the Virmans. In the meantime, she is terrified with the prospect of finally meeting her perpetually absent husband whom, incidentally, Aliya has never seen ever since her rebirth as Lilian.Her plan is to make the best of her unusual circumstances — and to change this alternate world for the better. She is not a girl in trouble waiting for a knight in shining armor; all that Aliya has to do, she’ll do with her own hands.***First Lessons is the opening book of the bestselling historical romance and time travel fantasy series A Medieval Tale by Lina J. Potter. The heroine finds herself in the alternate world at the very beginning of a thorny path to progress and happiness. On top of everything, she has to go up against the unprogressive and sexist society of the Middle Ages, armed only with her knowledge, experience, and willpower. Still, Aliya/Lilian has to act carefully in order not to draw too much attention to her innovations — she knows she could either get praised for her genius…or be accused of witchcraft.The bestselling time travel and historical romance A Medieval Tale series has been carefully translated into English and already gained a strong English-speaking fan base.

The Pepper In The Gumbo: A Cane River Romance by Mary Jane Hathaway