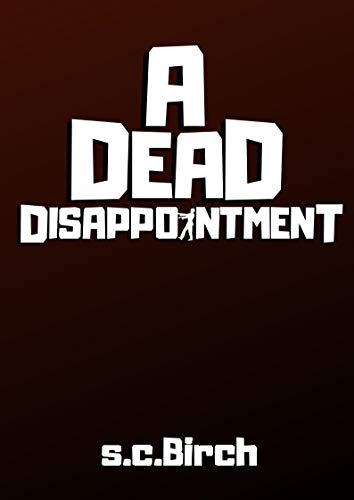 It’s the zombie apocalypse you’ve never experienced, but the one you’ve always imagined.“A masterpiece of our generation.”“Life changing.”“A true magnum opus.”“Eh, it was alright.”The reviews are in for the surprise summer blockbuster ‘The Day The Dead Came Back’ starring newcomer Owen Parker. This zombie flick introduced the world to Owen, and the world rightly fell in love with him. And what’s a young film star (with a little too much time and money to play with) to do but celebrate his new success with his nearest and questionably dearest.And for a while, it’s a damned good celebration. But, as is the case with most apocalypses, the news breaks that the dead are walking and eating. And Owen is thrilled. Who hasn’t thought about their own zombie survival plan at some point or another? Owen has been preparing his whole life for this. So have three of the friends he finds himself stuck with – the other three aren’t as keen on the whole end of the world thing.But it’s zombies! Owen has grown up with zombies in every facet of media that exists in one way or another. He and his friends know the rules. They know about destroying the brain and how infection works. This should be a breeze!Surely stumbling through a moving-corpse filled pandemic can’t be that hard…Right…?

From Misery to Mystery by Lydia Istomina

Blood Rage: A Vampire Love Triangle, a Mysterious Ancient Curse, a Kidnapped Child, and an Ending You Won’t See Coming! Book One of a Vampire Romance Series (Vampire Police Force (VPF) Book 1) by by Katrina Haney