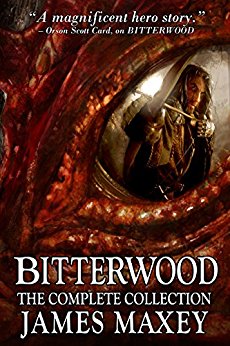 An epic tale of war between dragons and mankind! When the mysterious dragon slayer Bitterwood murders the son of the Dragon-King, the dragons respond with a campaign of genocide against their human slaves. Amid the chaos of war, a band of rebel humans risk everything to fight for freedom, and an end to the Dragon Age. Read the saga that Orson Scott Card called “a magnificent hero story.” Bitterwood, the Complete Collection gathers together all four novels of the Bitterwood series, plus the prequel short story “Tornado of Sparks.”

Chaos In The Blink Of An Eye Part Two: The Aftermath by Patrick Higgins