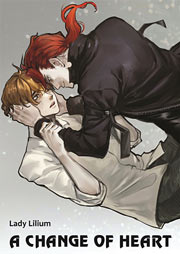 Ken had everything he thought he ever wanted, a future all planed out, a girlfriend, a loving family. But his life takes a different direction when he meets Mustang, a carefree and wild spirit, who challenges everything Ken thought he knew, as the events of a single day change his life forever. Thanks to Mustang, Ken begins to realise that what he wants in life, is not what he first thought, as he begins to experience feelings towards Mustang he never expected.

Hardly anyone ever comes to this part of the library’ Ken said casually.
‘Is that right?’ Mustang said. ‘So…we won’t be disturbed.’
Ken’s heart jolted.
He instantly tried to rise but Mustang stopped him, grabbing him by the arms and sitting on his lap facing him, pinning him down.
‘Oh no you don’t’ Mustang told him. He smirked again. ‘You practically ran into my trap…there’s no escape now.’
Ken stared back at Mustang in shock, wide-eyed and heart hammering in his chest. He swallowed at the lump in his throat.
Mustang leant forward, resting his forehead against Ken’s as he spoke.
‘Are you going to call for help?’ he asked him. ‘There are people just on the other side of those bookshelves.’ He sneered. ‘But then what would they think if they saw us?’
‘Don’t…’ Ken whispered. ‘Please…’
‘I’ve wanted you for ages’ Mustang told him. ‘I can’t resist you any longer.’
Ken squeezed his eyes tight shut as Mustang leant forward, kissing him. He balled his fists, trying to lean away from him, but had nowhere to go.
Mustang moved back slightly, looking into Ken’s face. He released one of his arms to stroke his face, his fingers coming to his lips.
‘Open your mouth’ he told Ken. When Ken didn’t listen, he said, ‘if you don’t, I will have you. Right here and now.’
Ken opened his mouth, breathing in a deep breath. Mustang descended upon him again, kissing him deeply, slipping his tongue inside his mouth, tasting him. Savouring him.
After several seconds, Mustang drew back suddenly.
He got off him, rising to his feet and simply walking away as if nothing had happened.
He just left.

Get your free eBook copy now!

The Last Bastion of Civilization: Japan 2041, a Scenario Analysis

Scouts Out 3 – War by Danny Loomis